No more standing in line for parcels…

With this mission, we started our service. Even though we have constantly evolved since then, the focus has always been on people and their needs: people should feel comfortable where they live and work.

That’s why we don’t just want to sell a product, but work together with our customers to develop the best solution for them. 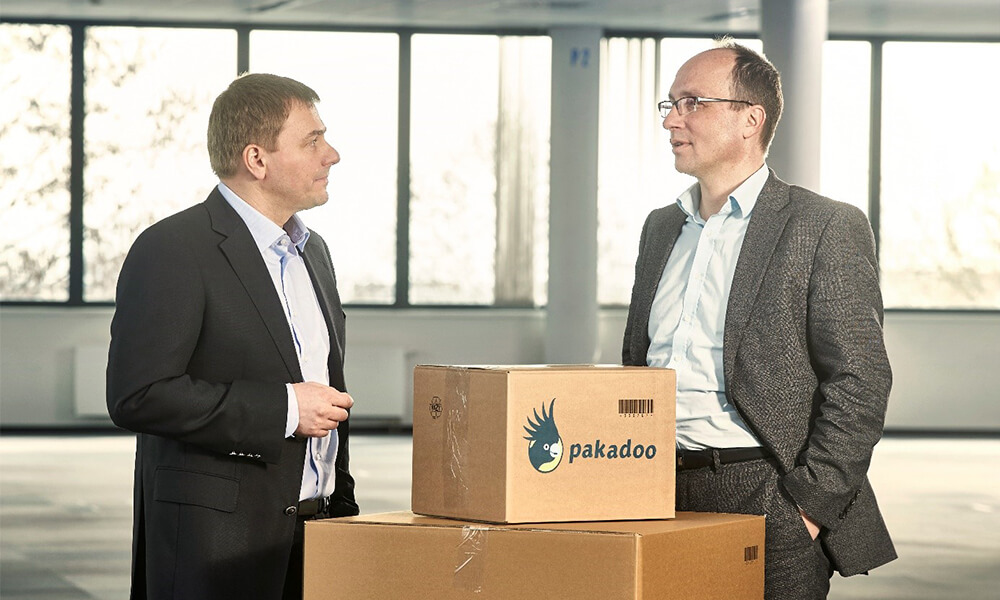 How the pakadoo story began

It was a Tuesday evening in the fall of 2012. Kris Van Lancker, then Key Account Manager at LGI Logistics Group International GmbH in Herrenberg, had just come out of the office and was emptying his mailbox. His mail once again contained a pick-up card from the parcel carrier – and in his mind Kris could already see himself standing in the queue at his post office on Saturday morning. The post office closed so early during the week that he couldn’t pick up his packages there after work.

A lot of people will be like me, he thought. So he wondered why there was no better solution here? Why couldn’t people have their parcels sent directly to the office if they were there all day anyway? Wouldn’t it also be a relief for the parcel drivers if, instead of handing out pick-up cards, they could bring many bundled parcels to employees in companies? And wouldn’t this also benefit the environment? Kris spontaneously developed a business idea from these thoughts. 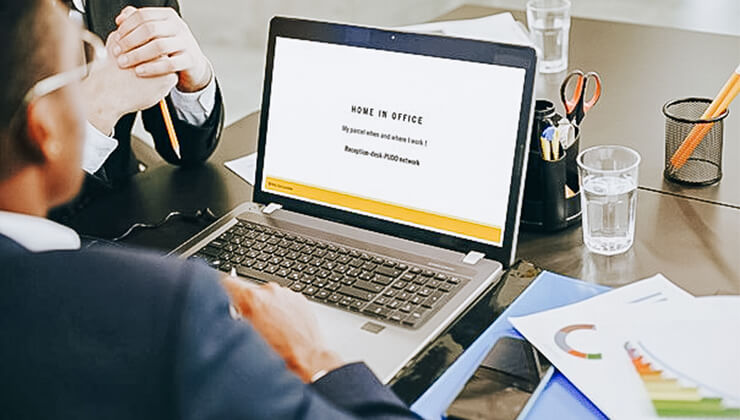 From the idea to the Minimal Viable Product

A few months later, his supervisor at the time, Markus Ziegler, organized an innovation workshop. He was looking for new ideas that could lead to further business areas. There, Kris simply brought in his business idea and explained how he envisioned it being implemented: via a simple, app-based parcel management system with a notification function that could be operated with any smartphone.

Markus thought the idea was very cool, and after consulting with the management, Kris was allowed to build a prototype together with some equally enthusiastic colleagues, including Conny Hilje, who still “translates” ideas into concrete specifications at pakadoo today. Within three months, a Minimal Viable Product was developed: an app that can be used for parcel management in companies without any integration effort, as well as a software platform for user registration. The pakadoo service, which at the time still had the working title HiO (Home in Office), was “born”.

The service was tested at LGI’s former parent company, Hewlett Packard GmbH. After a successful test phase of just two months, during which it received a lot of enthusiastic feedback from the numerous users, HP decided to roll out the service to all locations in Germany in 2014. And LGI decided to turn the MVP into a business segment and develop a marketing and sales strategy. The service was given the final name “pakadoo.”

In 2015, Michael Strohäcker joined the team as a sales representative. In 2016, Kris and Markus were awarded the LEO Innovations Award for the development of the service. 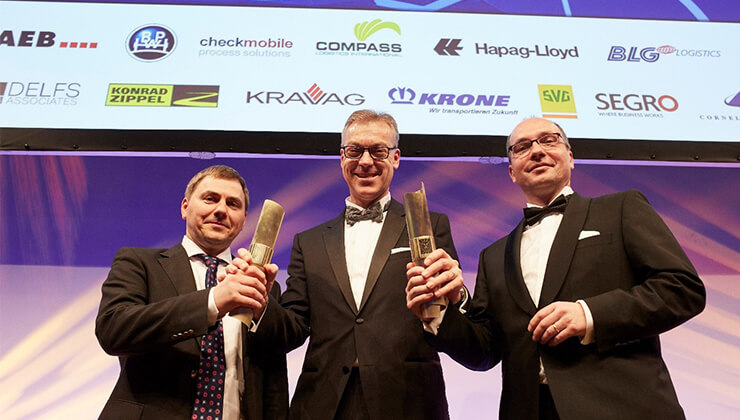 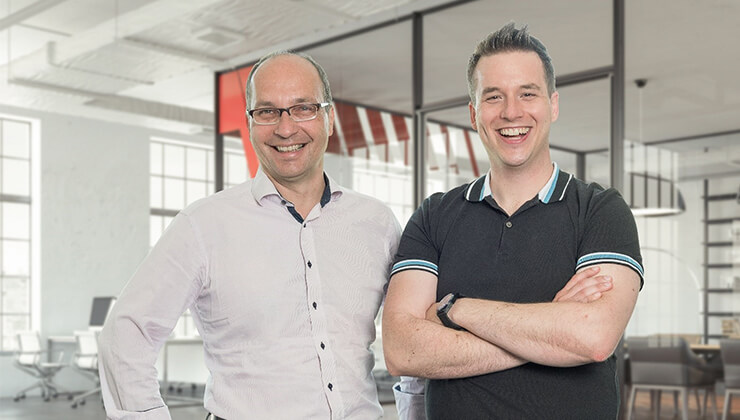 From corporate startup to an independent company

Customers were quickly acquired and the team grew. Under Markus’ leadership, the pakadoo department became a corporate startup of LGI. This was spun off by Markus and Michael as pakadoo GmbH at the end of 2018.

The two are driven by one motivation: pakadoo should help people feel comfortable where they live and work – the customer and their needs are always the focus. That’s why the service, which has won several awards for its innovative strength and, above all, its sustainability, is constantly being optimized, developed and expanded.

The team grows and the portfolio is being expanded

In cooperation with customers who were enthusiastic about the easy handling of employee parcels with the pakadoo app, a software solution for the reception and management of all incoming parcels and goods deliveries was developed. Combined with provider-open pakadoo parcel lockers, this can now be used to offer individual campus solutions for intralogistics. In this way, not only internal parcel management, but also incoming and outgoing goods can be made more efficient, more transparent and also more secure.

Carrier-independent pakadoo parcel lockers, where parcels can be picked up around the clock, are now located not only in companies, but also in public locations where people frequently spend time or pass by, such as shopping centers, city centers and near suburban train stops. 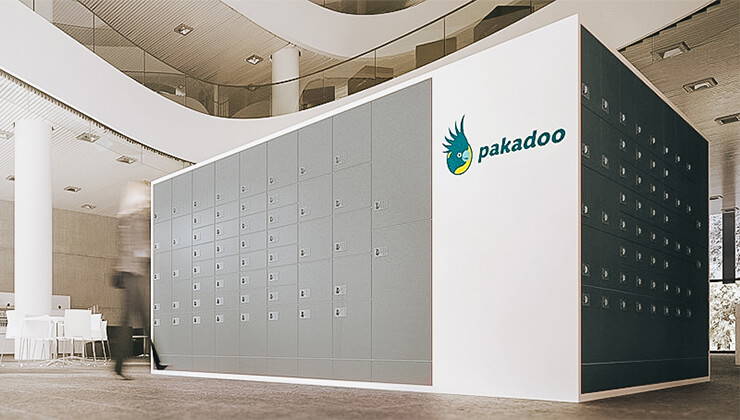 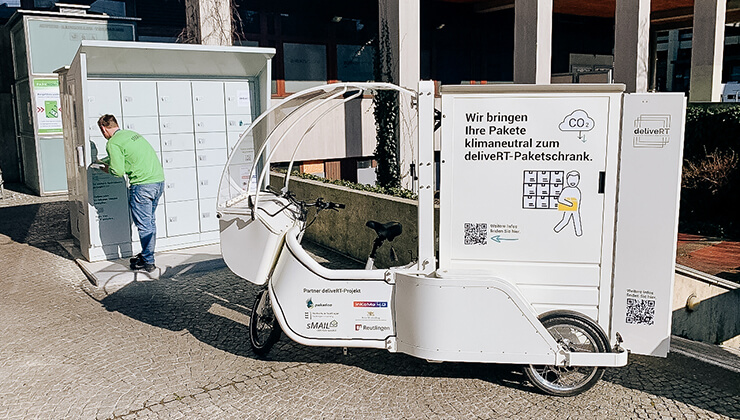 Extending the solution from companies to entire cities

Open-supplier parcel lockers are now an important component of pakadoo’s city logistics projects. Here, pakadoo not only contributes its many years of expertise in last-mile logistics, but also the software for parcel management in microhubs and at the parcel locker, which enables rapid implementation.

Here, too, the focus is on people’s quality of life: inner cities should be freed from unnecessary delivery traffic and the resulting emissions and regain more quality of stay. An important component of attractive city centers is local commerce. For this reason, work is underway on software for local retailers that will also enable them to benefit from city logistics projects and offer their customers attractive additional services.

Kris now no longer finds collection cards in his mailbox and he no longer has to stand in line at the post office on Saturdays. But the pakadoo story is not over yet…

Do you have any questions or would you like to learn more about about pakadoo? Then give us a call!